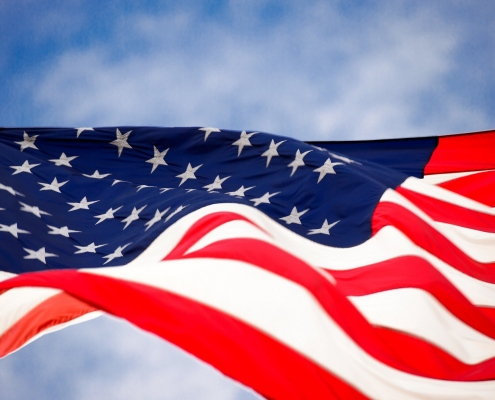 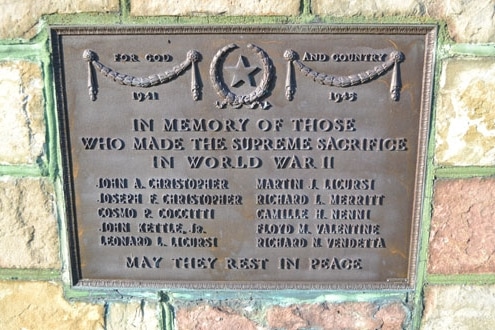 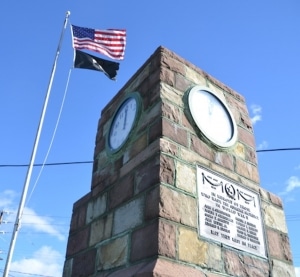 The Town owes much of its early development to water power along Sandy Creek, woodlands, agriculture, stone quarries and the Erie Canal, as well as commerce along the Ridge Road. After railroads replaced the Canal for shipping, farming and mining continued to be the predominant industries. The community’s natural resources and agricultural lands continue to support recreational businesses and the Ridge Road continues to be a major thoroughfare through the Town.

The land that is now the Town of Murray was once covered with a thick forest of hemlock trees. A pathway along the ridge was used by indigenous populations and European explorers to travel through the region.

Native Americans fished and hunted in the area seasonally. The land was occupied by the Algonquins followed by the Neutral tribe and then the Seneca Nation, which is part of the Iroquois confederacy also known as the Six Nations or Haudenosaunee.

The first settlements by people of European descent occurred along the Ridge near Sandy Creek. In 1809, Epaphras Mattison settled in Sandy Creek and established a tavern. The first schoolhouse was built in 1814. By 1817, several families had constructed log houses in the area. The earliest industries included grist mills, saw mills, a distillery, and fabric manufacturing facility that used water power from Sandy Creek.

The development of the Erie Canal in 1825 led to an economic boom that lasted until the last part of the 19th century. The Village of Holley became the Town’s main hub for commerce. In its early years, it was known for a large lumber yard and for facilities to store and transport agricultural goods and supplies.

The hamlet of Murray, named for the post office, established in 1816, was originally known as Sandy Creek. The hamlet was the most populated part of the area until the construction of the Erie Canal.The hamlet of Hulberton, originally known as Scio, formed along a basin that was dug along the south bank of the canal to allow canal boats to turn around. The first store opened along the tow path in 1828; the building became a tavern in 1832 and later a hotel. Other early businesses included warehouses to support shipping of farm products and supplies. It was named after I.H.S. Hulbert, the first postmaster and a prominent merchant.

A quarry at Hulberton produced high quality Medina sandstone known for its rich brown color. Stone from this quarry was used in the construction of St. Paul’s Church on Delaware Avenue in Buffalo (constructed in 1849) and Sibley Hall in Rochester (opened as a library in 1877 on the original University of Rochester campus on Prince Street.)

The hamlet of Hindsburg was founded in 1829 by Jacob Hinds. Two produce warehouses constructed during the 1830s made the hamlet a hub for the produce market until construction of the railroad ended Canal shipping.

The hamlet of Brockville, located less than one mile east of Hindsburg, was named after Hiel Brockway. Sandstone mined in the many stone quarries at Brockville was shipped along the Canal for use in curbing and culverts. Sand was also mined at Brockville.

The hamlet of Fancher is named for Edward Fancher, the general manager of the Orleans County Quarry Company. Established in 1902, the company mined and cut Medina sandstone at nearly 50 quarries throughout Orleans County and shipped it via the Erie Canal and rail.

The area known as Balcom’s Mills was approximately one mile west of Hulberton. A historical marker installed in 1932 commemorates the early saw mill, grist mill and dam at the site.

During the early 1900s, the canal was widened and deepened and renamed the New York State (NYS) Barge Canal. Commercial activity along the Erie Canal gradually declined from the latter half of the 19th century through the 20th century as rail became more economical. Today, the canal is rarely used for shipping and is primarily a scenic and recreational resource.

The Town of Murray formed from the larger Town of Northampton in 1812. It was originally part of Monroe County and included land that is now in the Towns of Kendall, Clarendon, Hamlin (formerly Union), Clarkson and Sweden. The Town’s namesake is John Murray, a merchant from New York City and a large landowner in the Town. By 1826 Orleans County had separated from Genesee County. By 1837, the other Towns were incorporated separately and the Town of Murray’s current dimensions were set.

In 1814, the NYS Legislature appropriated funds to improve Ridge Road between the Genesee River and Fort Niagara. Before the Erie Canal opened, Ridge Road was the main transportation corridor through the region. 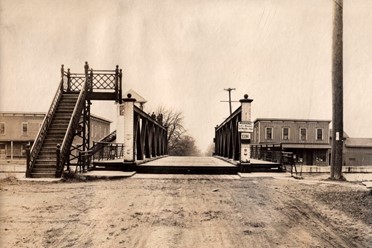 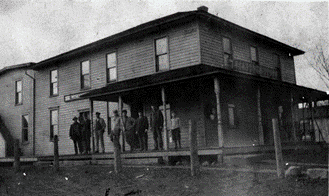 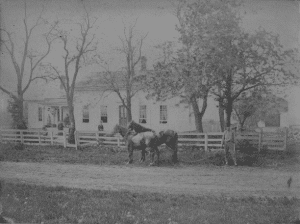 The Erie Canal, including bridges and other structures, is the only site in the Town of Murray that is currently listed in the National Register of Historic Places. It was listed in 2014.

The historic metal truss or lift bridges along the Erie Canal were constructed between 1911 and 1913 when the Canal was widened to replace the original bridges. Most of the Canal bridges in Murray used the “Warren through truss” construction method, which is common along the Erie Canal but uncommon nationwide. In Hulberton, as in the Village of Holley and other areas with less space for an approach, vertical lift bridges were constructed. The following bridges are “Contributing Structures” to the Erie Canal National Register Historic District:

The other “contributing structure” is the Brockville Waste Weir along the north bank of the Fancher Road bridge. The structure consists of four sluice gates in the concrete that were constructed in 1911.

Many other buildings and sites in the Town are have local historic significance and may be eligible for listing in the National Register of Historic Places as determined by to the NY State Historic Preservation Office (SHPO.) Hurd Orchards Historic District was submitted to the State Historic Preservation office (SHPO) for consideration based on its association with fruit farming in western New York. The proposed district encompasses 80 acres in 13 non-contiguous parcels and buildings dating from the early 19th to late 20th century. Eligibility for listing has not yet been determined.